For many years I have been fascinated by the paintings of the Renaissance masters. These artists really knew how to use paint and how to organize their images. These artists were commissioned by the church and ruling class to paint mythological scenes, portraits, biblical narratives, etc. The aesthetic importance was secondary to the subject matter.

I have long been a subscriber to classical music. That this music is arguably the most abstract of the arts has impressed me tremendously. And somehow, this abstraction has made sense to a large audience. As a contemporary visual artist, I am compelled to use abstraction. But in my experience of contemporary abstract painting, I have felt a lack of shape and meaningful form. I am trying to bring this to my painting. 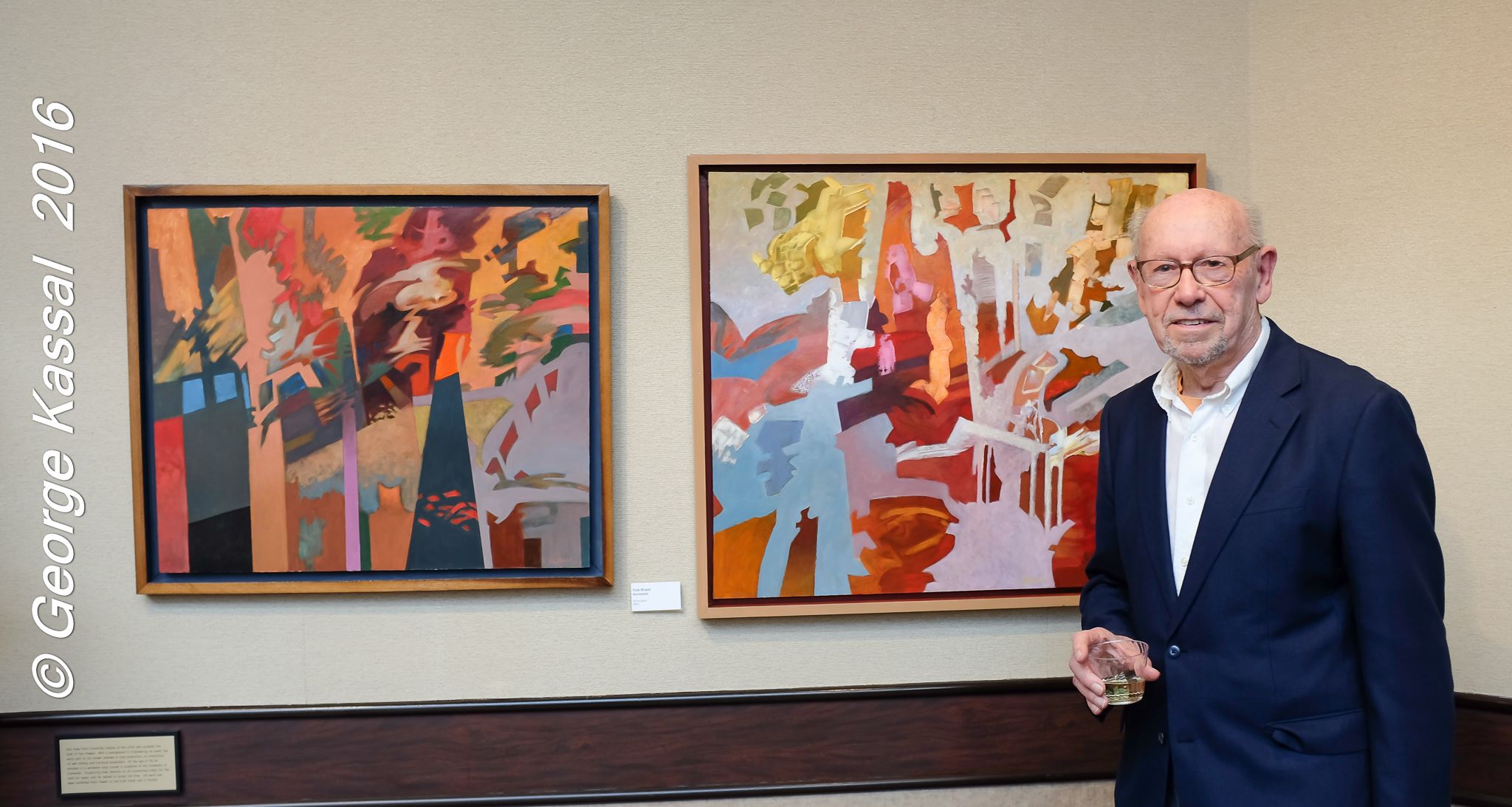 I organize my work within an awareness of forms and work to guide the eye of the viewer with compositional devices such as repeated motifs with variations (as in music). I strive to include a combination of active and lively shapes as well. I try to utilize the complete arsenal of tools within the craft of oil painting and employ a range of impasto in my brushwork – smooth, opaque, and transparent. 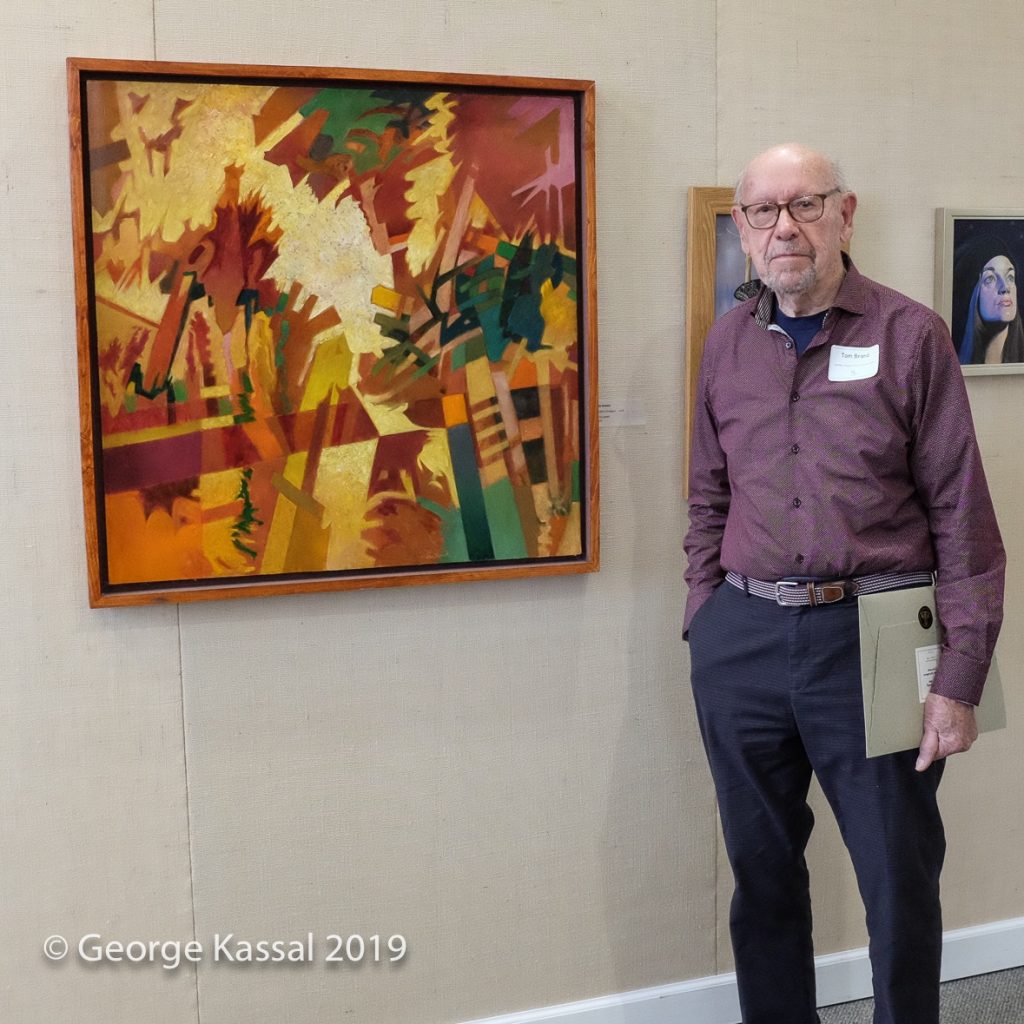 Viewers can bring their own meaning to the work which may refer to a narrative or an image of some kind. Viewers almost invariably do this, and I have no control over this. The burden is on the viewer to bring to the work openness, imagination, and sensitivity based on their experience and understanding of visual art. The burden on me is to make my work provocative enough to give viewers the necessary “handles” to allow their imagination to work.

The method I have devised for painting in oil is an old one. It is an indirect method used first by the old masters. I start by thinly sketching in an extemporaneous way until I am satisfied with the overall statement. Then I add to and adjust the composition, color balance, interrelationship of form, and all the other components that make up a satisfying work of art. I continue to build up from this point with heavier and more saturated paint, keeping in mind any necessary modifications along the way. As with the Renaissance artists, I work with glazes (they called them “tints”). Adding them to certain finished areas adds color depth and intensity. 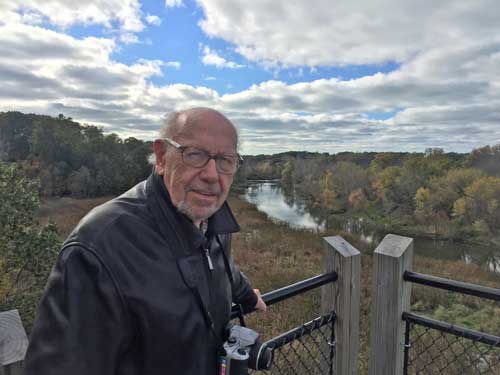 Tom Brand has been a part of the arts community for more than 50 years. Born and raised in Indianapolis, Brand came to Chicago (after service in the U.S. Navy) to study art and painting at the School of the Art Institute of Chicago.

In the years following, he married and provided for his family by working as a journeyman printer, a trade he had first learned in his father’s business in Indianapolis. As president of his own printing company in Chicago, he produced posters and comic books for the Hairy Who as well as catalogues for other Chicago artists. He curated exhibitions for the Beacon Street Hull House Art Center in Chicago and showed in community exhibitions. As an arts activist in Chicago, he was one of the founding members of the Chicago Artists’ Coalition in 1974, an organization that still exists today.

Brand moved to Northern Indiana in 1996. He became active in what is now known as the Lubeznik Center for the Arts in Michigan City, Indiana. He was chairman of the Area Artists Association. He was also the secretary to the board and the chairman of the Collections Committee. Brand, as a prolific painter, exhibits often and his works have won awards and are in many private collections.